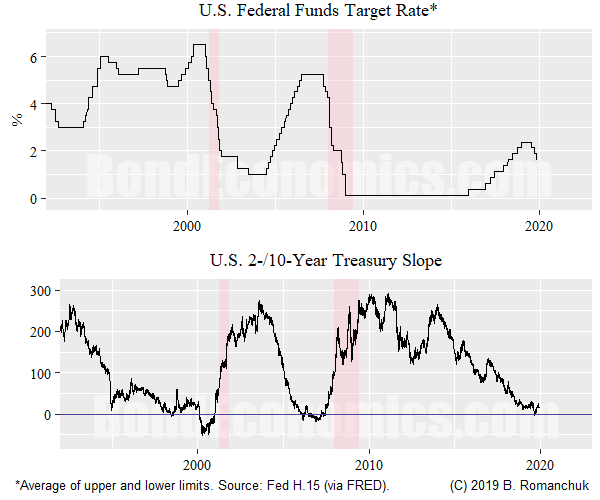 I am looking for new topics to write about, and I think I am returning to a topic of perennial interest: mainstream versus post-Keynesian debates. My thinking is that the main practical point of differentiation at present is the debate about the effectiveness of interest rate policy. The problem is that debate is exceedingly difficult to analyse in practice.

Obviously, other points of disagreement exist. However, the question remains whether they matter for anyone who is not studying (or teaching) Economics 101. For example, it would be hard to find anyone who now believes that the over-simplified workhorse DSGE models that were popular before the Financial Crisis are particularly useful. The only debate is what to replace them with; the neoclassicals believe they can add various tweaks to save them, whereas the post-Keynesians would instead burn them to the ground and start over.

Interest rates remain as a major source of division. Unfortunately, it is unclear what we can say about them.

Since 2010, developed interest rates have been low (both nominal and real) and stable. Meanwhile, economic growth has been sluggish. It is exceedingly difficult to take two time series that resemble constants and infer interesting econometric relationships between them.

One might think that the heavy duty mathematics used by neoclassicals would help. Not really. Most models have an analogue of a "natural rate of interest" (or "r*") which is supposed to give a quantifiable measure of where interest rates are stimulative/contractionary. However, those estimates come from backfitting an assumed relationship (typically embedded in a Kalman filter), and the natural rate just ends up tracking the historical path of rates -- since the economy showed no sign of accelerating.

In fact, it appears that the mainstream has gotten more literary than the post-Keynesians, relying on dissecting the textual statements of policymakers ("the narrative method"). It is a safe bet that people relying on this method will proclaim victory for monetary policy: Fed officials started worrying about recession risks, cut rates by a trivial amount, and now those recession risks appear to be fading!

The reality that the exact same outcome could be explained by interest rates being largely ineffective is shoved under the rug. ]It seems to me that it is in the self interest of policymakers to "predict" that their activities will "cause" outcomes that they feel are likely going to happen anyway. It is somewhat surprising that testing the predictions of a highly mathematical(-ish) theory are dependent upon one's views on literary theory.

To what extent that the view that nudging interest rates slightly lower has forestalled a potential recession takes hold, interest rate policy will be even more boring going forward (until the next recession, when negative rates will almost certainly be implemented). Since even small movements are effective in steering the economy, it would be too risky to move them too far in any direction. This will continue the environment of frustrating tourist rates strategists, who love predicting yield movements in hundreds of basis points - not dozens. In turn, the lack of movement in interest rates implies that inferring anything about their effect on the economy is a difficult problem.