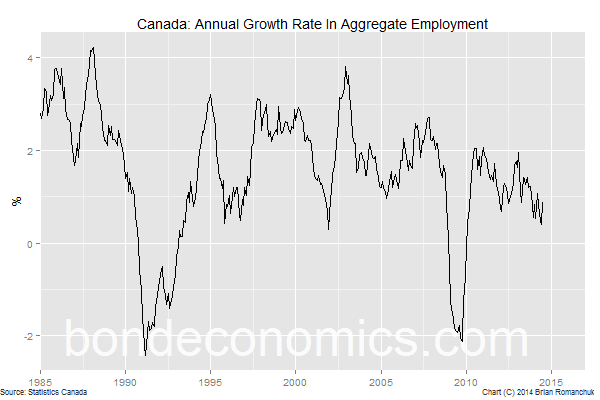 The do-over for the July Labour Force Survey for July 2014 was much better than the first go - 42,000 jobs were created in this version, instead of just 200. But as the chart above shows, the year-on-year growth rate for employment is still below 1%. And the details of the report are less buoyant the aggregate job number suggests, as growth was dominated by part-time positions. 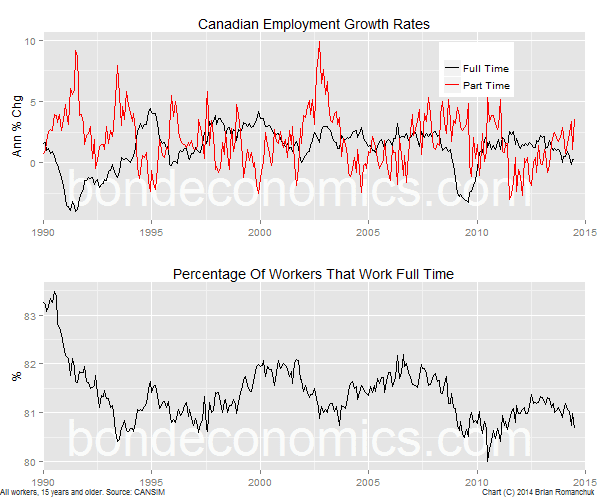 The number of full-time positions has nearly stopped dead, while part-work is expanding. Although one could try to pretend that this is the result of voluntary decisions, it looks like weak demand for workers to me. The bottom panel of the chart above shows the percentage of positions that are full time, and this percentage has a pattern of following the cycle. This is a sign that there is considerable spare capacity in the labour market, in the form of underutilised workers. 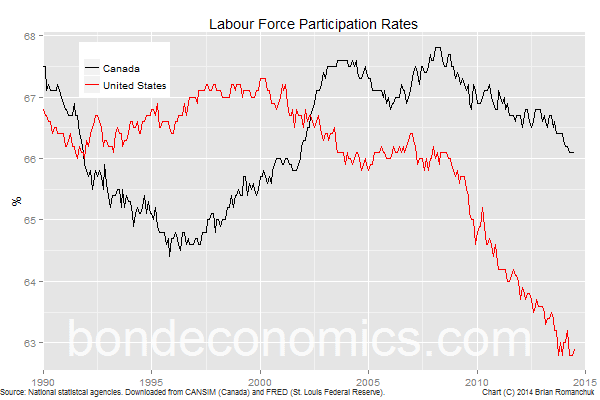