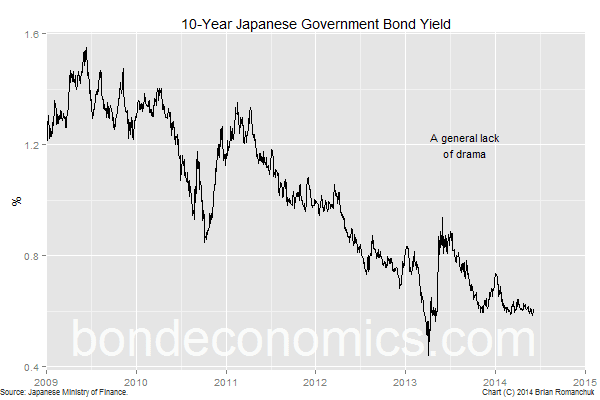 The general lack of a collapse in the JGB market is presumably testing the patience of dedicated JGB bears. This does not appear too surprising, given the stability in wage trends. I find that the complete lack of a term premium in JGB yields somewhat worrisome, given the one-sided nature of the risk distribution. That said, there is no obvious catalyst to force a re-pricing.


The jump in the CPI index (below) due to the increase in the sales tax may look exciting for people who like extrapolating short-term movements in data. And it is possible that the 10 people who trade Japanese inflation-linked bonds made money over that policy change. (Getting Japanese breakeven inflation data is a pretty low priority task for me, so I am just guessing about that outcome.) But as the chart shows, we have seen similar jumps, even in the environment of price level stability that has been in place since the early 1990s. 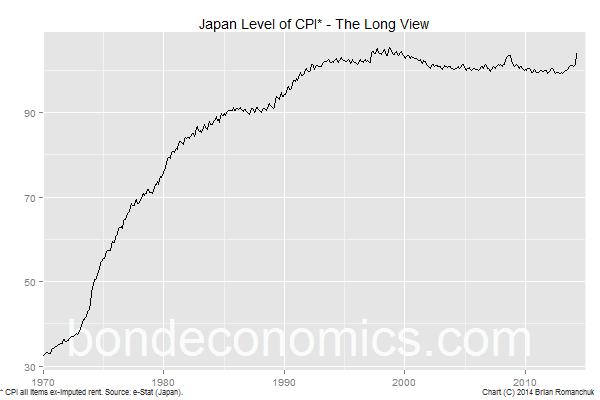 As one might have guessed, wages are not rising to compensate for tightening fiscal policy (data below are as of March 2014). Absent wage increases, all that a weaker yen and higher sales taxes do is drop the real standard of living of Japanese workers. 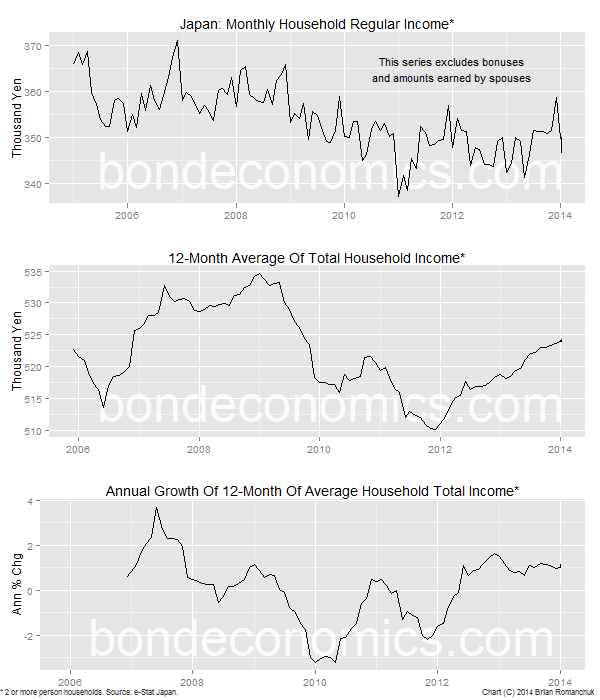