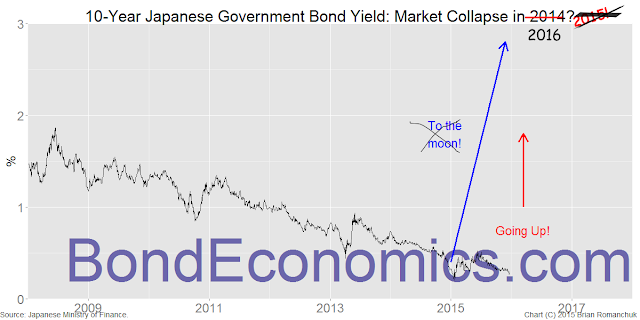 Happy New Year to all my readers! Unfortunately (but fortunately for the Japanese), Japanese hyperinflation and the utter collapse of the JGB market has been slightly delayed, but perhaps 2016 will finally be the year in which the JGB bears can say "I told you so!"

Although the imminent demise of the JGB market ("any month now!") is one thing to watch for in 2016, a potential recession in the United States appears to be a slightly higher probability event to keep in mind. Stay tuned!
Posted by Brian Romanchuk at 2:48 PM