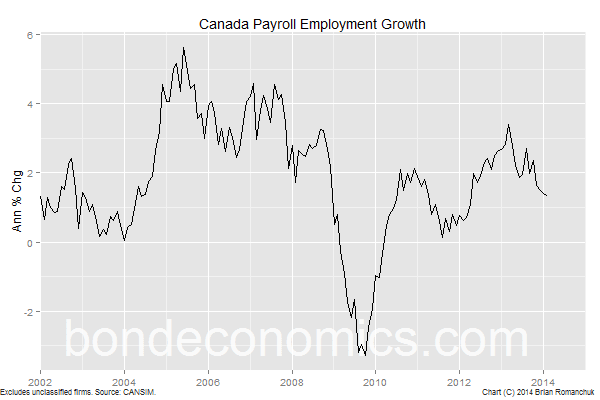 The Canadian Payroll Employment Report generates a lot less interest than its U.S. counterpart (released tomorrow), given the lag in publication. (February data was just released on April 29th). Nevertheless, it does provide another view on the employment situation.


The chart above shows the annual growth rate of the number of employees (excluding employers that are unclassified). The growth rate is nothing to write home about, validating the recent capitulation of the Bank of Canada to a more doveish view on interest rates. 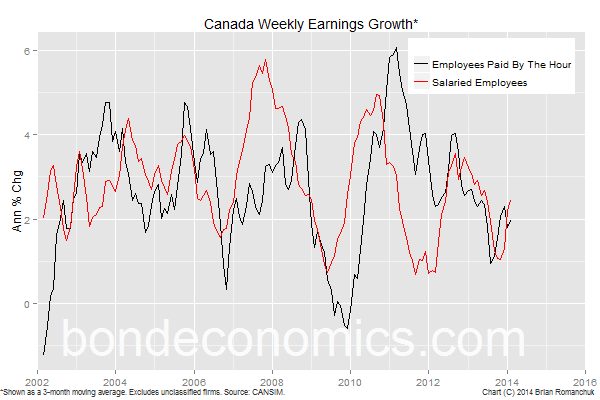 The chart above shows the annual growth in average weekly earnings, broken down into salaried employees, and employees paid by the hour. Note that the series are smoothed with a 3-month moving average. Although earnings growth on this measure has recovered, it is at a low level. 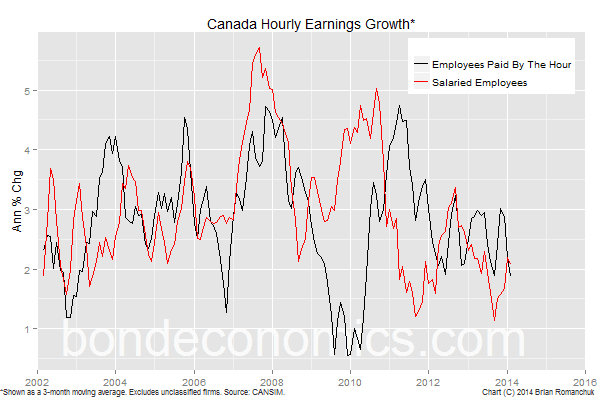 The chart above shows the growth rate of hourly earnings (also smoothed with a 3-month moving average). This series should be a better measure of inflationary pressures. Weekly earnings can rise as the number of hours worked increase, which also augments GDP. But since increasing the number of hours also increases productive capacity, that is a wash. Hourly wages should give a better view of per unit labour costs, although this is also affected by productivity. In any event, the series offer no sign of inflationary pressure, which is not surprising. 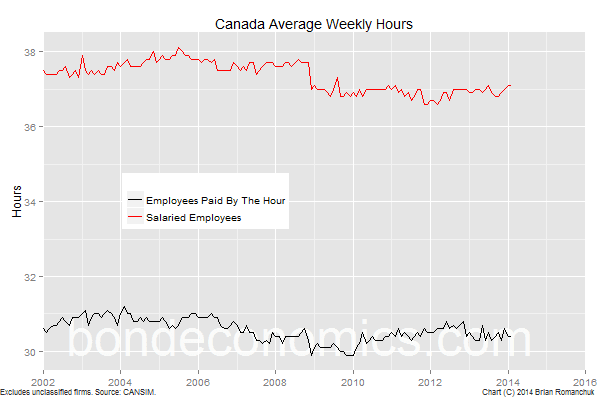 Finally, the chart of weekly hours. Once again, the data look mediocre.

In conclusion, the payrolls data are consistent with others that indicate that Canada faces extremely limited inflation pressures.